The Fine Line Between Illegal and Unethical

After Pfizer had announced that the effectiveness of its vaccine for COVID-19 was more than 90%, Dr. Albert Bourla, Chairman and CEO of Pfizer Inc. came into the limelight due to accusations of “insider trading”. On the one hand, he was sharing compassionate letters written by children on his social media pages and reiterating his and Pfizer’s commitment to society, while on the other, he was being doubted of engaging in questionable financial dealings. Dr Bourla had sold over 60% of his shares worth US $ 5.6 million the day Pfizer had announced the good news about its vaccine that had caused its share prices to soar drastically. He was not the only corporate executive to cash in on the situation, though. Sally Susman, executive vice president and chief corporate affairs officer at Pfizer, also offloaded about US $1.8 million in stock. Also, Stéphane Bancel, CEO of Moderna. Inc., another producer of the COVID-19 vaccine offloaded shares worth US $ 81 million in the company last year. He had been executing the sale in small volumes at regular intervals though. Other executives of these companies have also engaged in similar trades in 2020.

Such dealings are not limited to the pharmaceutical companies, though. An analysis of more than 12 million transactions from January 1, 1996, through October 30, 2020, conducted by Columbia Law School professor Joshua Mitts, has found that executives across several sectors make prearranged sales of company stock far more frequently on days when their companies announce positive news than on days when negative, neutral or no news is released.

While these sales can draw cynicism and negative attention, they are not illegal in the United States thanks to Rule 10b5 – 1 introduced in the year 2000 as a clarification of Rule 10b5 under the Securities and Exchange Act, 1934. This rule introduces the possibility that if a company insider, i.e. a senior executive of a publicly traded company, arranges the sale of a predetermined number of shares at a predetermined time, they cannot be accused of using insider knowledge. Section 10(b) of the said Securities and Exchange Act and the associated Rule 10b5 prohibit the employment of manipulative and deceptive devices in the trading of securities. These include purchase and sale of securities made on the basis of Material Non Public Information (MNPI), in breach of a duty of trust or confidence that is owed to the issuer of that security, its shareholders or to any other person who is the source of the said MNPI. A trade deal of securities is considered to be made on the basis of MNPI if the person was aware of it at the time of the transaction. However, there are some loopholes since the rule does not define the terms “material” and “non public”. It purely relies on existing definitions of these terms established in the case law. That is, information is material if there is a substantial likelihood that a reasonable shareholder would consider it important in making an investment decision; and it is non public if it has not been disseminated in a manner making it available to all investors.

Let us take the example of Pfizer to understand how such a deal could be made while not breaching any legal requirements. Here is a list of events in chronological order:

April 9, 2020 – Pfizer announced an agreement with BioNTech to cooperate on a vaccine design.

April and May 2020 – animal testing proved to be very successful.

July 22, 2020 – The US Government contracted to pay US $ 1.95 billion to buy COVID vaccine, subject to its success in clinical trials by Pfizer and BioNTech.

August 19, 2020 – Dr. Bourla effectuated the 10b5-1 plan with his broker that the sale of his shares should get executed if the stock price hit US $ 42 per share, according to his disclosure to the Securities and Exchange Commission.

August 20, 2020 – press release confirming that Pfizer and its German partner BioNTech were on track to seek regulatory review for the vaccine candidate by October 2020. November 9, 2020 – Pfizer disseminated the news that the COVID vaccine had been clinically proven to be more than 90% effective. On the same day, the target stock price was reached and the sale of Dr. Bourla’s shares in Pfizer was executed.

Dr. Bourla would have gained only US $ 4.8 million instead of US $ 5.6 million, if the programmed sale had been executed one day before, i.e. the day preceding the announcement of the vaccine’s success. Therefore, this divestment plan subsequently became controversial given its timing. Some questions were raised about the ethicality of the deal, such as:

Shares are regularly issued to company executives and employees as part of remuneration schemes across many sectors and industries. Eventually, these shares can be sold in the context of management of personal finances. Yet, material sales of shares, such as the ones effectuated by executives of pharma companies in 2020 can have long term implications on the shareholders and other stakeholders. Especially in this case, public trust and confidence is significantly shaken because the COVID-19 vaccine has become a matter of life and death.

There seems to be a very thin line between legality and ethicality of Rule of 10b5-1. Groups of stakeholders are increasingly concerned by (mis)use of legal provisions such as this rule. Corporate governance has posed many risks and given birth to scandals in the past. Such lessons and experiences have permitted law makers to tighten controls and introduce checks and balances. It is a continuous process enabling laws to evolve everywhere in the world. We need to revisit corporate governance laws and practices to ensure that management values and plans are aligned with corporate and ethical values, especially when considering a divestment plan so as to preclude mistrust among stakeholders.

1 thought on “The Fine Line Between Illegal and Unethical”

PrevPrevious Postthrowback2020
Next PostEducation, Technology and the COVID-19 GenerationNext 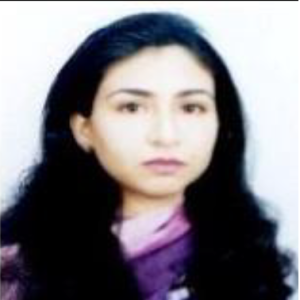 Madiha Rubab is an experienced Finance Executive committed to continuous learning and willing to take challenges.
See Other Posts